Isn't Eritrea the victim of fake news? It is condemned as evil even though it is one of the safest and most peaceful nations in Africa.

Eritrea is simply peaceful and safe.

It seems no one is concerned about being involved in a murder or about being rubbed.This aspect was clearly demonstrated by the hotel staff.

When we wanted to take a shower, we were supposed to tell the front desk that we would "use hot water."

When we got back to the hotel after one of our concerts, it was already late at night, but we sill had to get out of our costumes and wash off our make-up before we could take a shower.

By that time it was about 11:30, and I called the front desk but the lins was busy for some

I tried it several times, but it was the same.

Only cold water came out, so I wanted the front desk to turn on the hot water.

I had no choice but to go down to the lobby from the third floor.

I was surprised to find all the hotel employees sleeping soundly wrapped in blankets.

The night staff sleeps on mats they put on the sofas in the lobby.

Sofa in the lobby turns into bed for employee

So I woke up one of the employees and said in a apologetic manner, "I would like to use some hot water...

The female employee was not reluctant at all and just rubbed her eyes and responded "OK."

For sure this is a cultural difference.

Since the street adjoining the hotel is neither like Kabukicho inTokyo which never sleeps nor filled with tourists.

A nightless city "Kabukicho", in Tokyo

Small business hotels in Japan are not staffed at the front dest at night although there is someone on duty in the back room. The around clock security system is activated on the front doors in Japan basically to "WATCH".

But the Eritrean hotel didn’t seem to have that.

This shows either they completely trust their guests or it is quite natural for them not to WATCH because of the environment in which they live.

Of course, I don’t know about other hotels.

This experience made me so relieved and took me back to my childhood when I was in the countryside. I remember that I would go to bed at night without locking the doors.

All the hotel staff were kind and sincer.

They are easygoing and relaxed.

They make me smile.

It was so peaceful and the  hotel became our home. 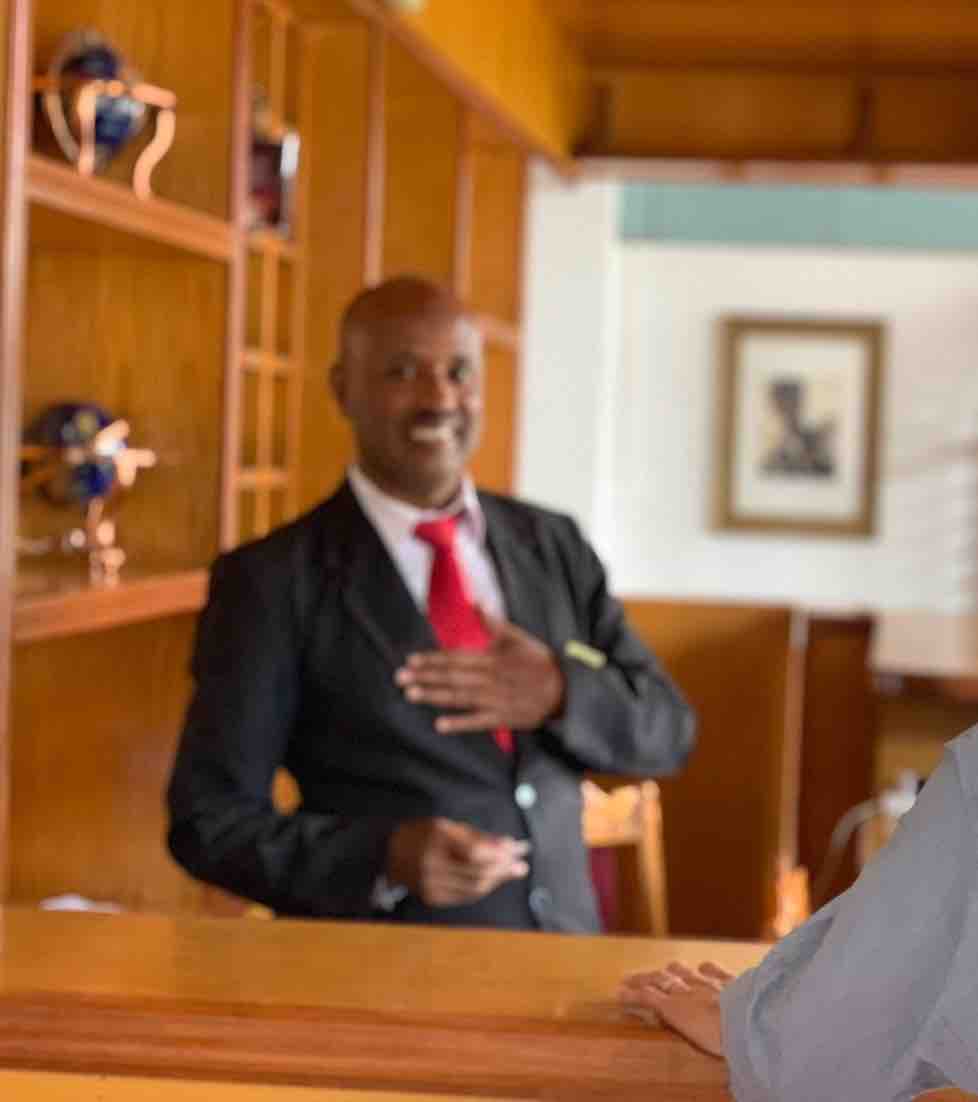 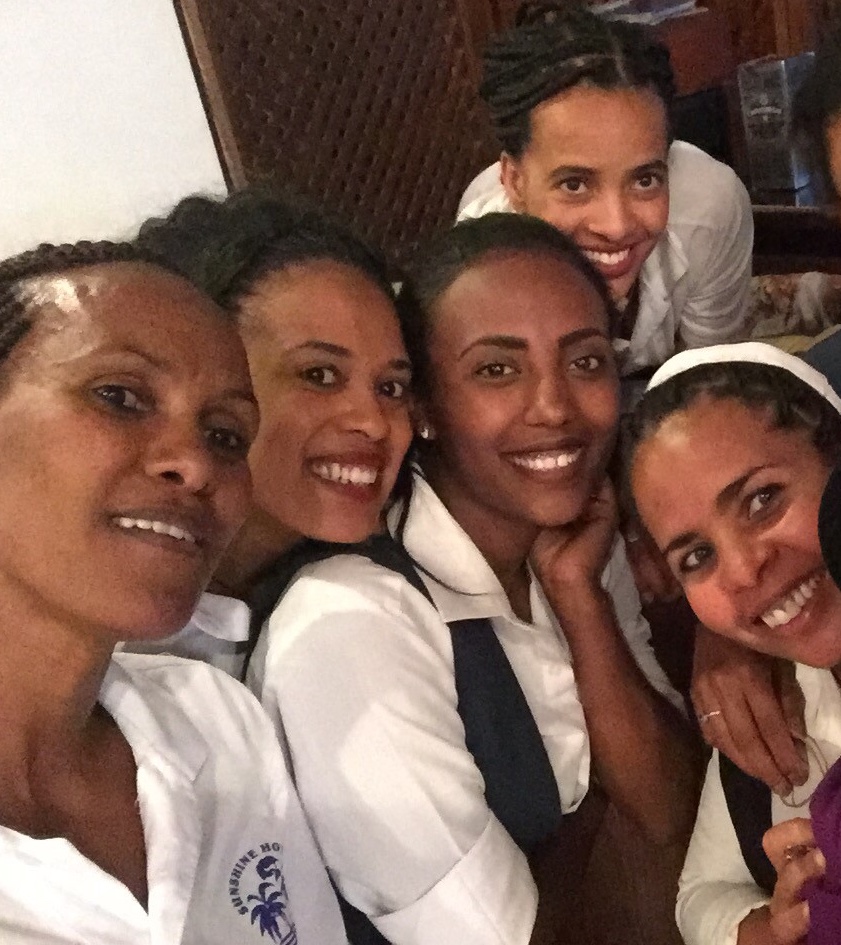 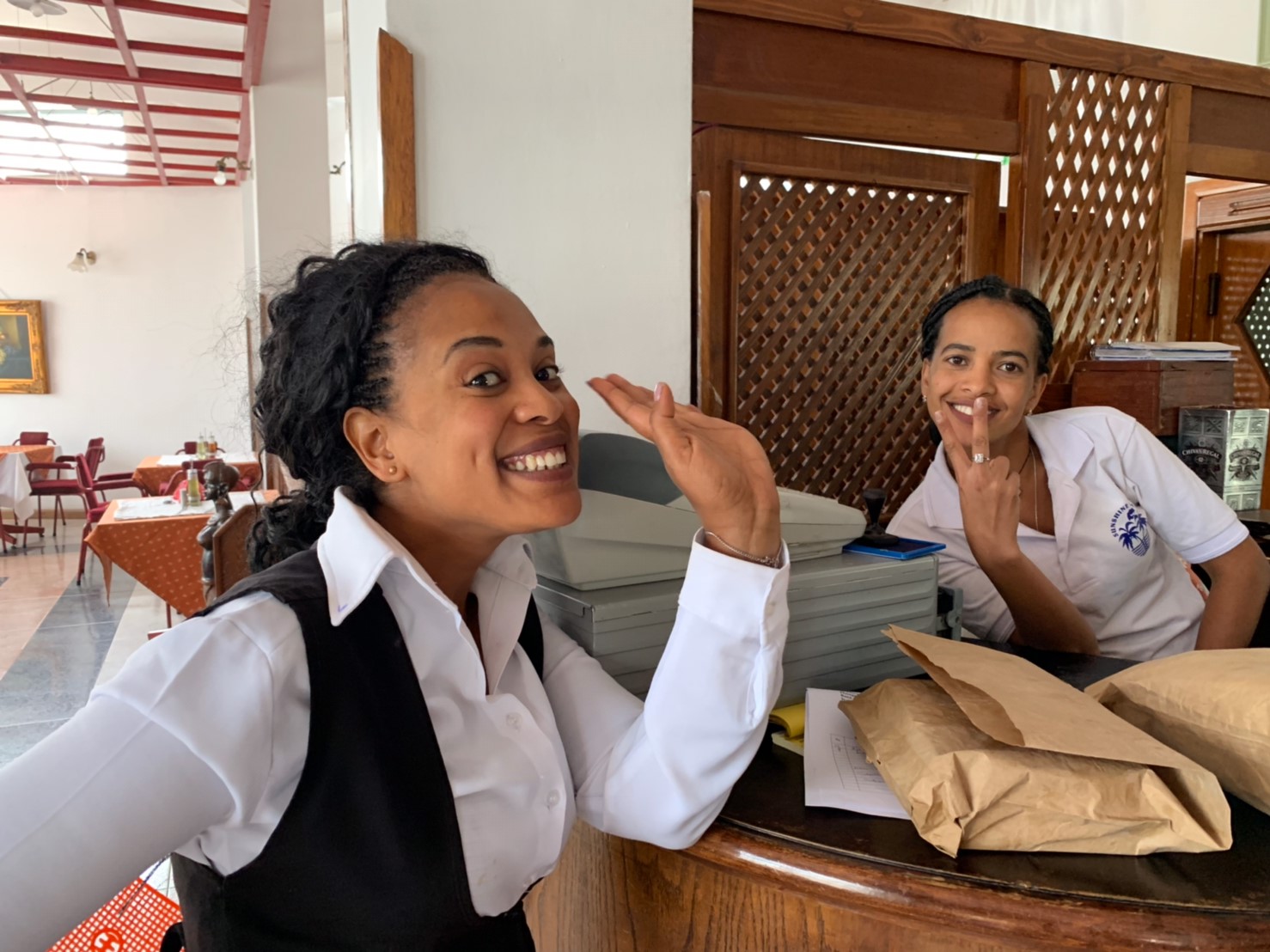 In Eritrea, everyone on our team felt that "this is the old Japan."

'Good old Japan’ that has been lost is still alive in Eritrean People. 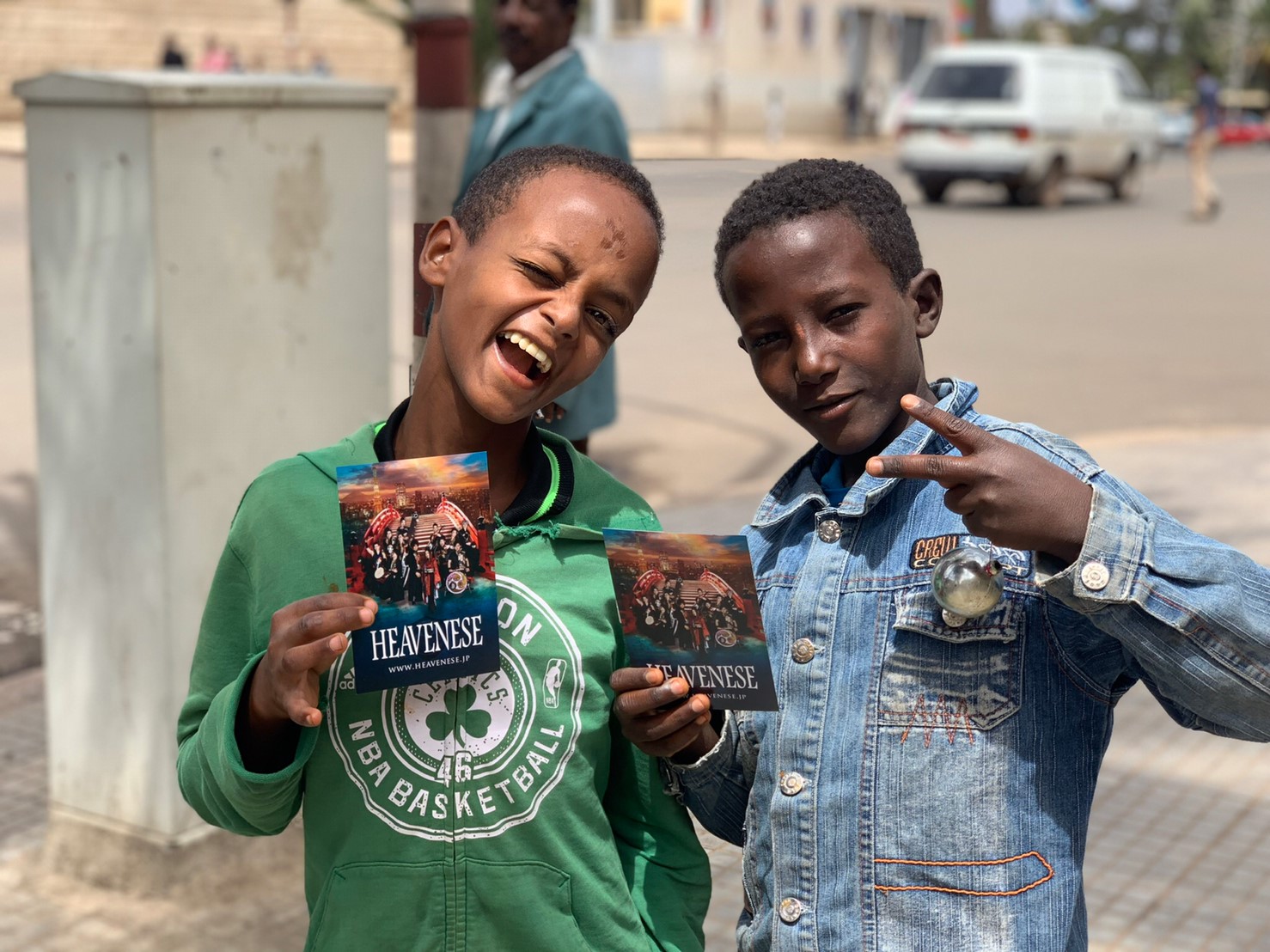 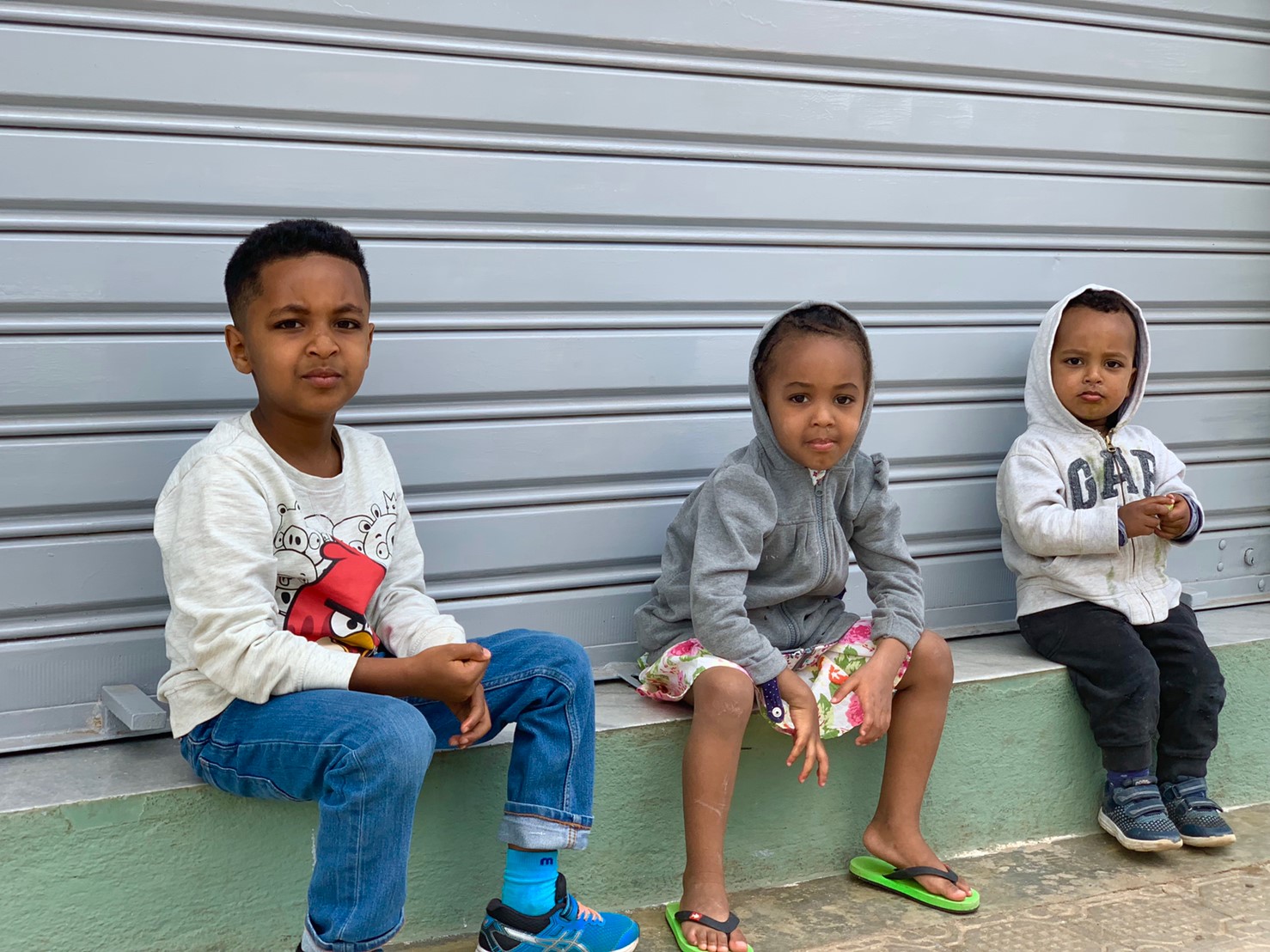 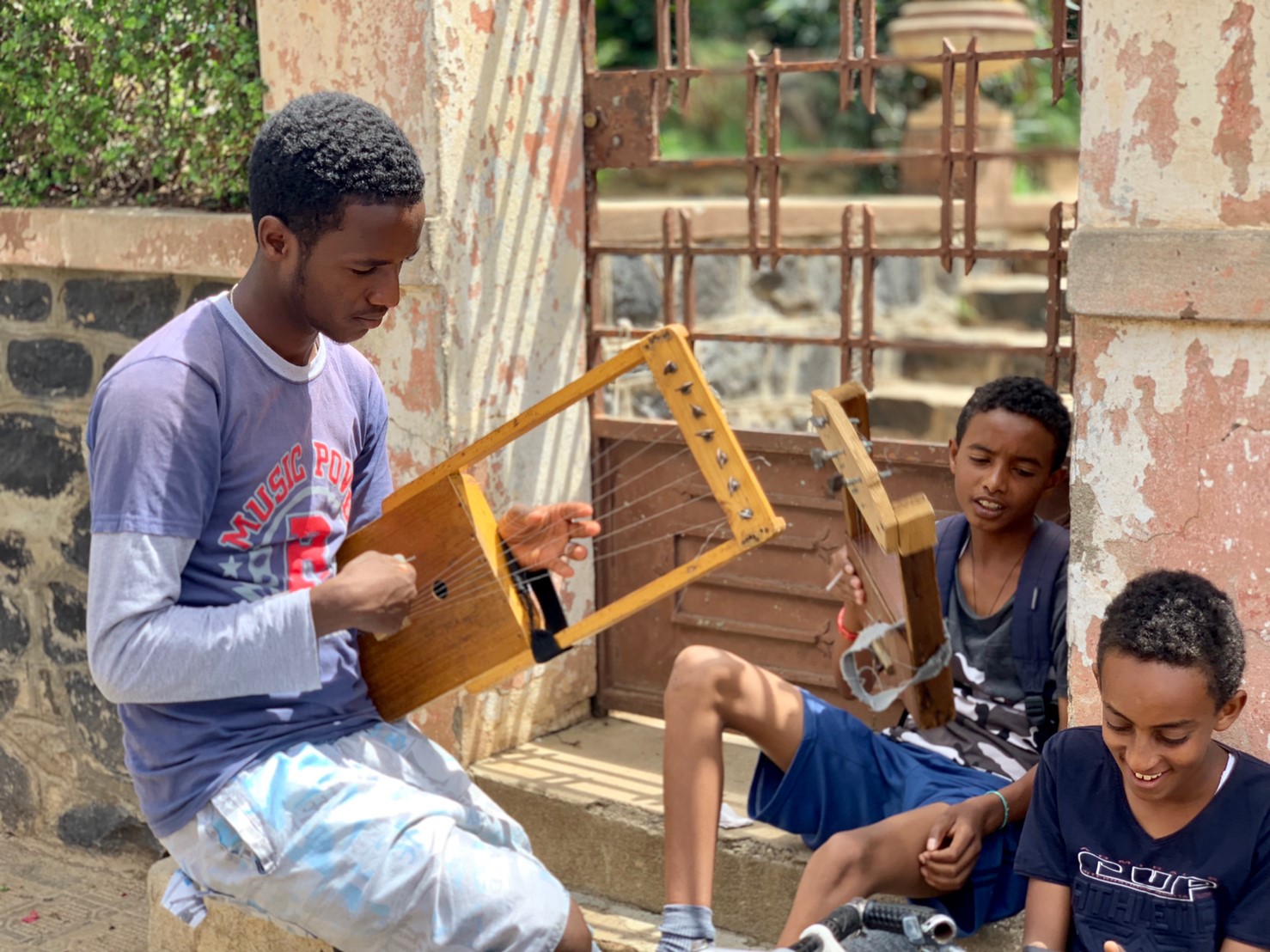 Eritrea has nine ethnic groups with half of the population being Tigrayans.

However, there is no ethnic nor religious conflict.

Wherever you go in the world, you will most likely find "Christian districts" and "Muslim areas."

When it comes to the Chinese, they create a Chinatown and live together there.

We have Yokohama Chinatown, and now Shin-Okubo has become a Korean town.

Eritrea, however, has no such division.

There are nine official ethnic groups recognized by the government.

However, where they live is not separated by ethnicity.

There is no such thing as an Islamic district nor an authorized Eritrean Orthodox Church district.

On our trip to Jerusalem, the old town was completely divided into Christian, Jewish, and Muslim districts. There is a “Muslim Quarter" in Singapore.

In Eritrea, however, there is no distinction based on ethnicity and religion.

They don’t divide that way, and they intermingle and live in harmony.

Their policy is "unity of the nine ethnic groups."

On a poster commemorating the 28th anniversary of independence were nine hands holding a ring symbolizing solidarity. Among the nine ethnic groups, the Kunama are the smallest. However, there is no such thing as the "ethnic minority assimilation policy" that has been undertaken by the Chinese government as it tries to eliminate “Uyghurs”.

On the contrary, each ethnic group values their own traditional music, dance, and other ethnic traditions that have been handed down from their ancestors, and passes them to their children in the next generation. They learn to play their traditional musical instruments and the unique rhythms at home quite naturally, so everyone knows them. If this were the case inJapan, everyone would know how to play the koto.

When we had an music exchange event with local professional musicians, they knew all traditional ethnic music, saying, "This is the rhythm of the Kumana, and This is Tigrayans’s rhythm.” Otherwise, they can't travel around the country as professionals.

Musicians performing the rhythm of each ethnic group respectively

They told us it was the wedding season in Eritrea, and on Sunday I saw many beautiful newlywed couples being photographed all over town. The wedding ceremonies are accompanied traditional music. 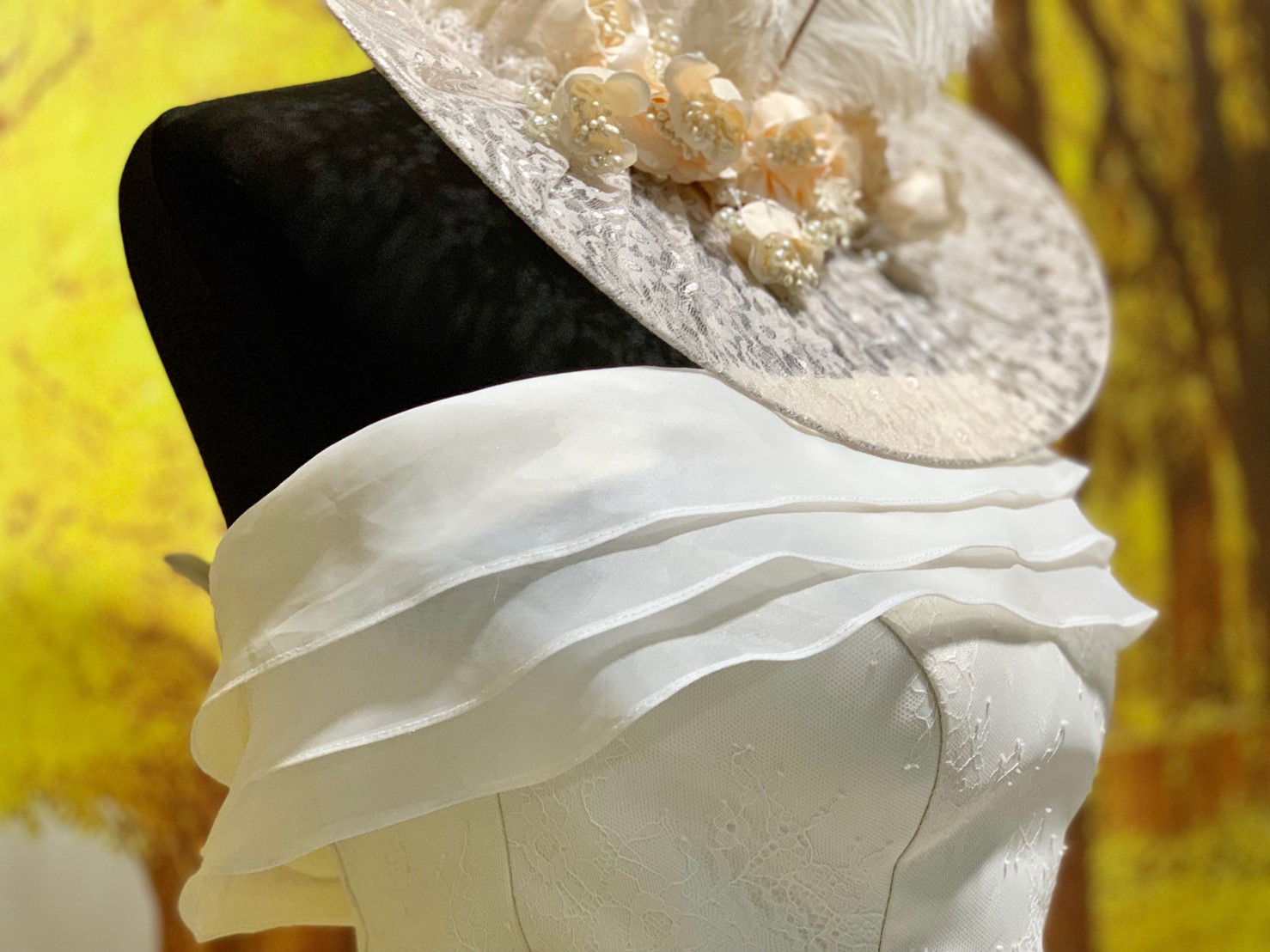 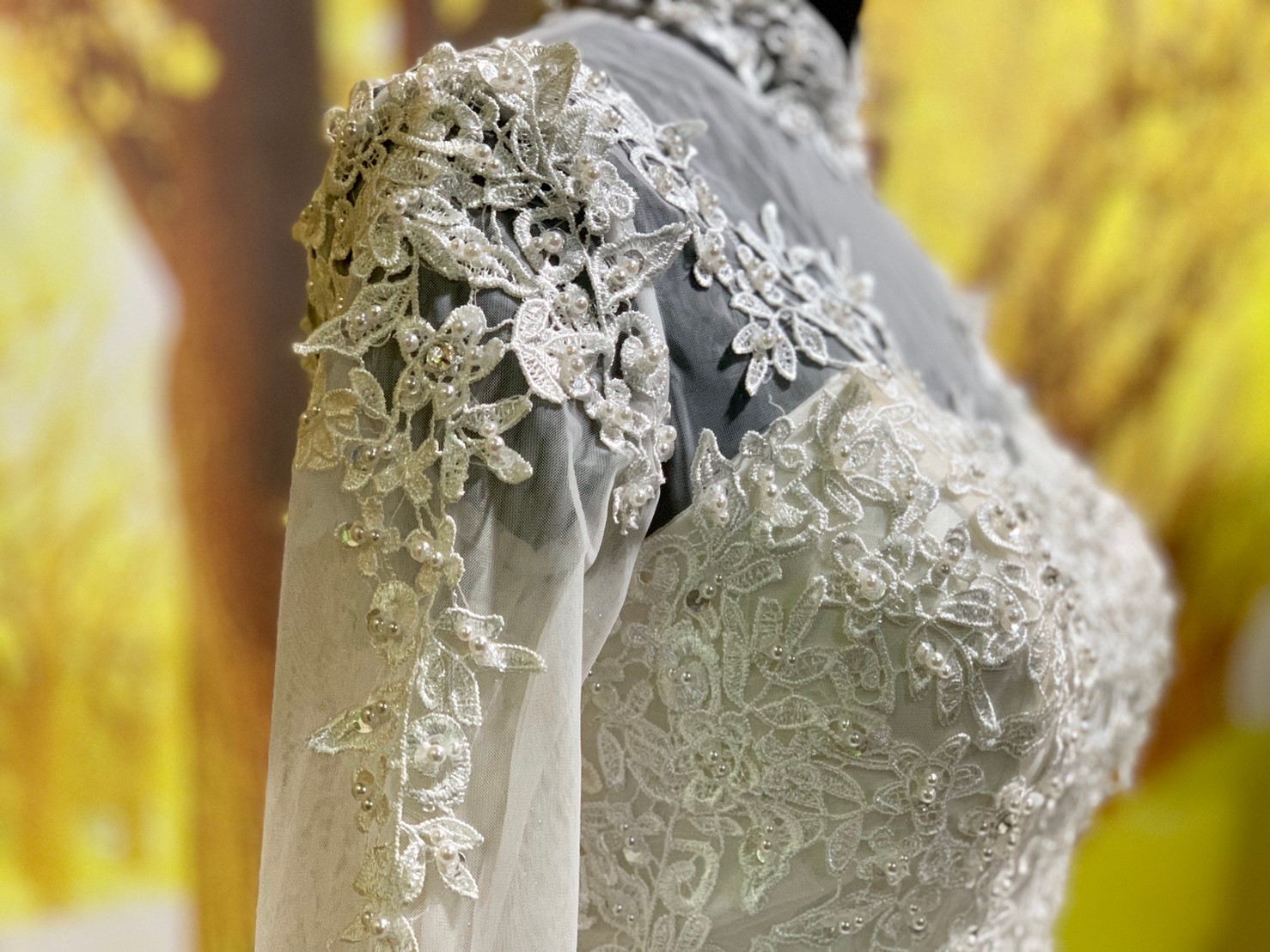 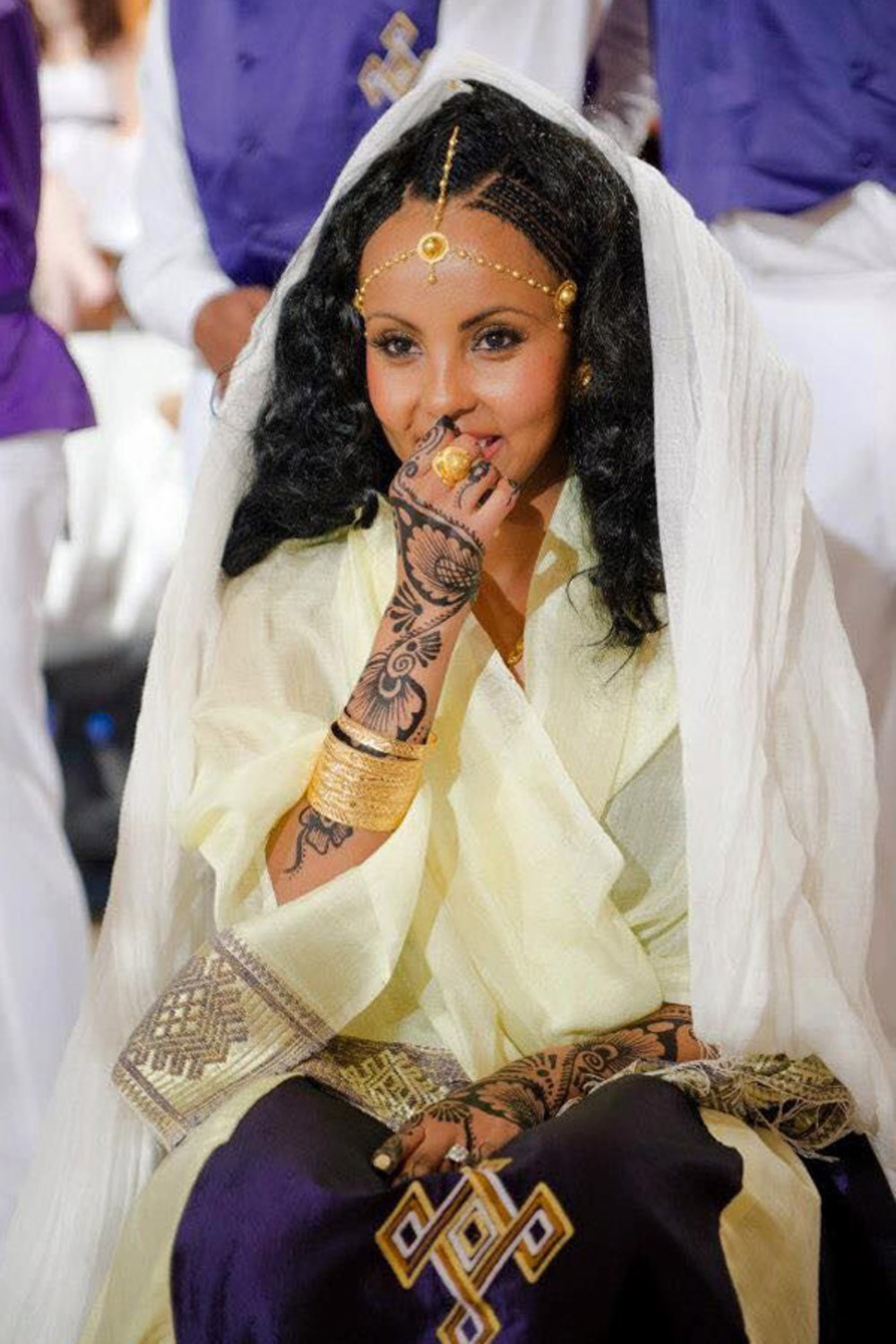 Our guide, Mr. Mohad from Commission for Culture and Sports, naturally started moving around to the rhythm when he heard the music.

He was very knowledgeable and said,

This is different in this way."

Traditional dances were also performed at the Western club we were invited to.

They are professionals. They are the same people who changed their clothes and came out to perform.

The largest tribe, Tigrayans, does not take precedence over others, nor were others groups traditional arts skipped. Every group gets its opportunity to perform without fail.

It is quite the opposite from the Communist assimilating policy with one ideology that suppresses and attempts to assimilate the minority groups.

Each tribe recognizes their identity, cherishes it, and everywhere, quite naturally, you will see the vibrancy of nine cultures throughout the community at various occasions.

Nevertheless, "harmony" is maintained without conflict with each other.

As I mentioned earlier, this "harmony" includes religion. 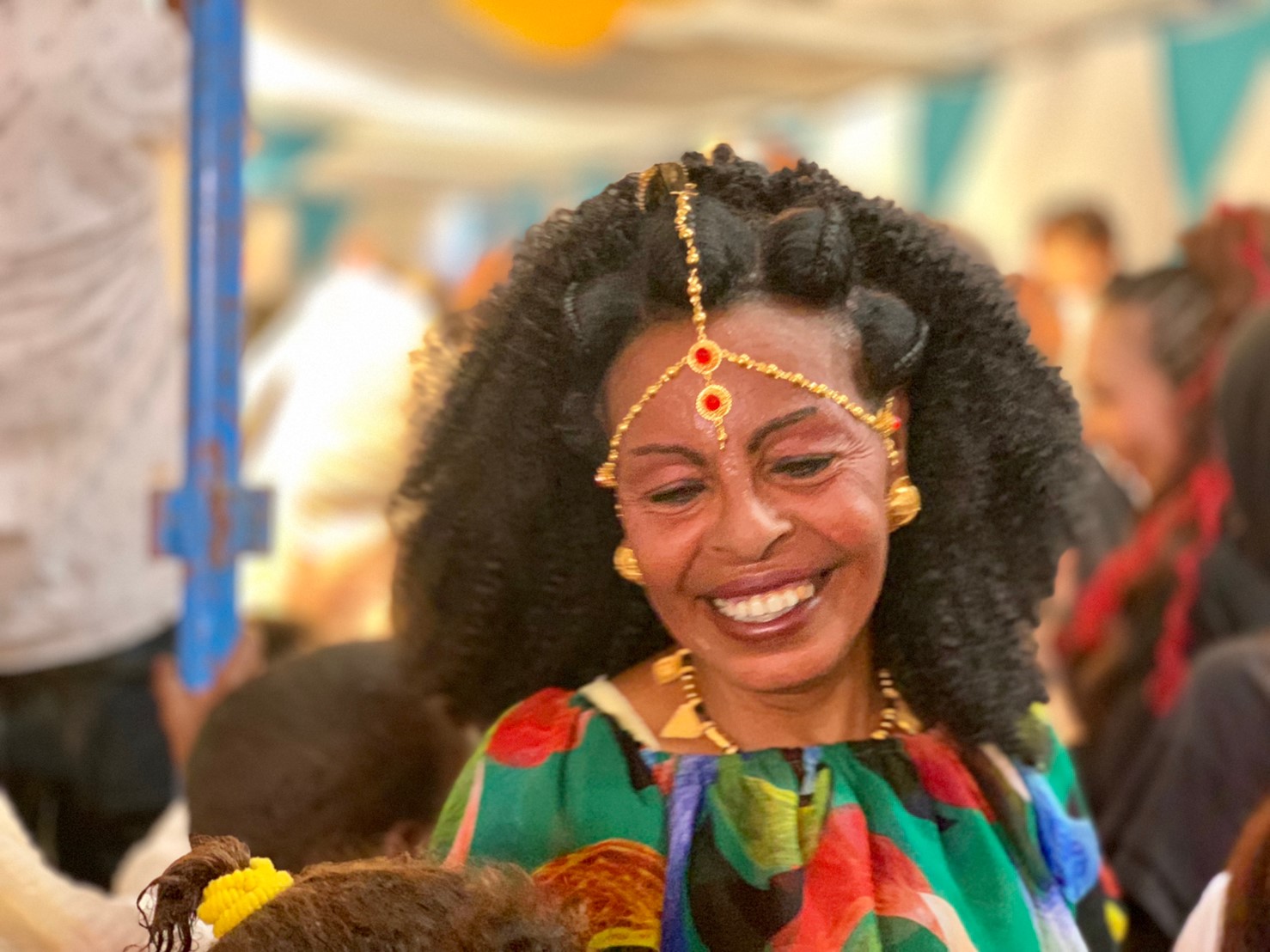 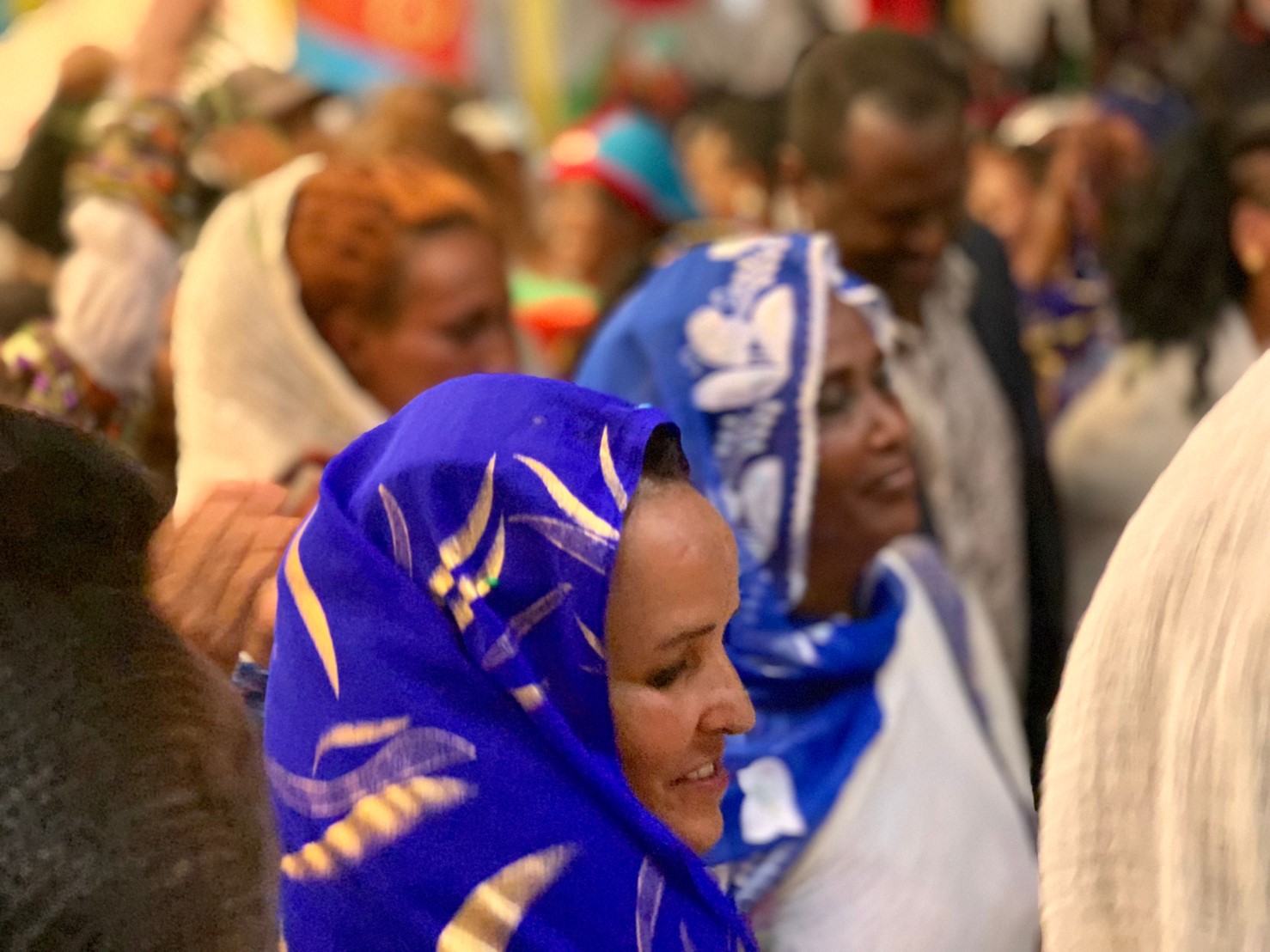 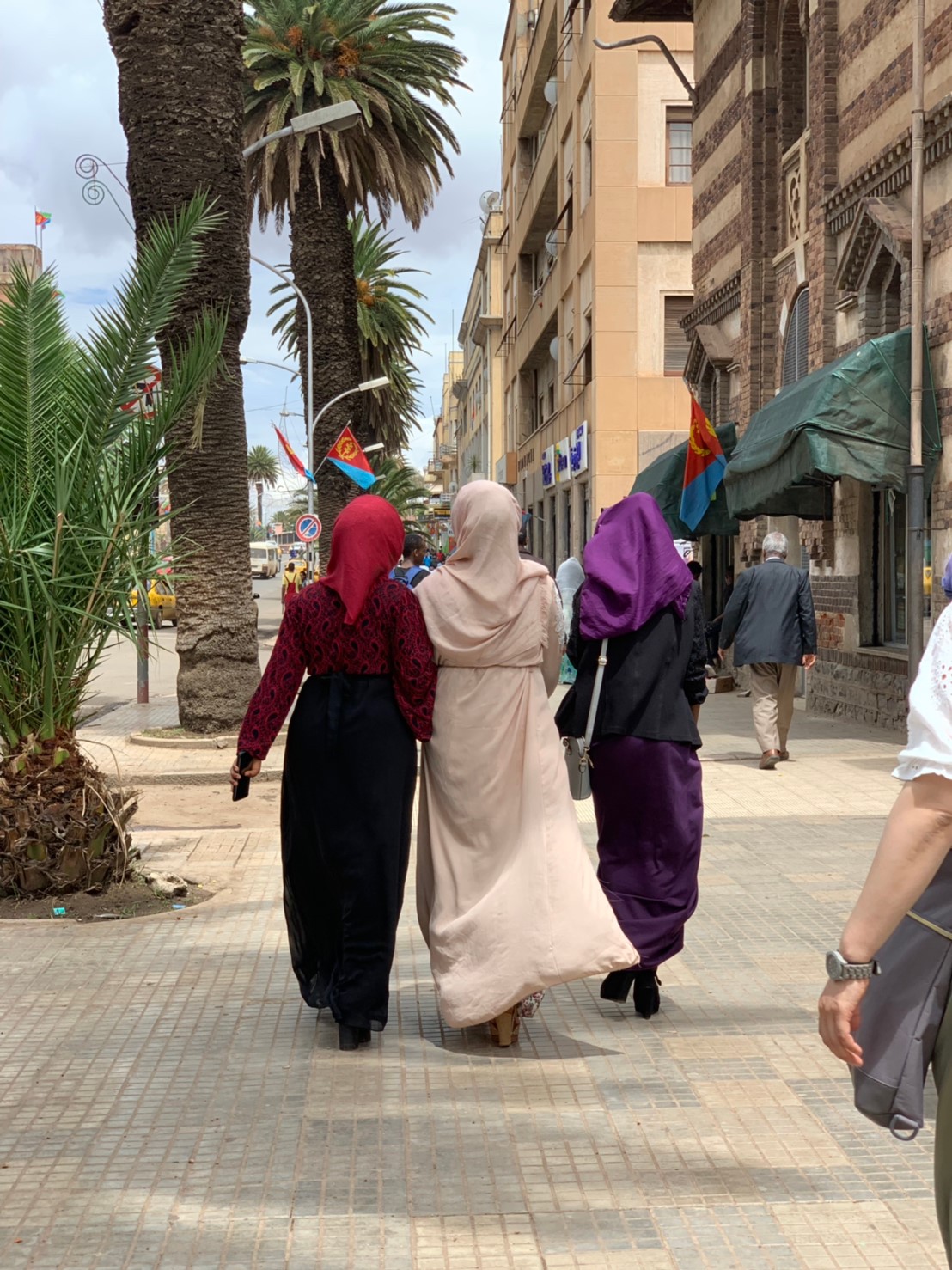 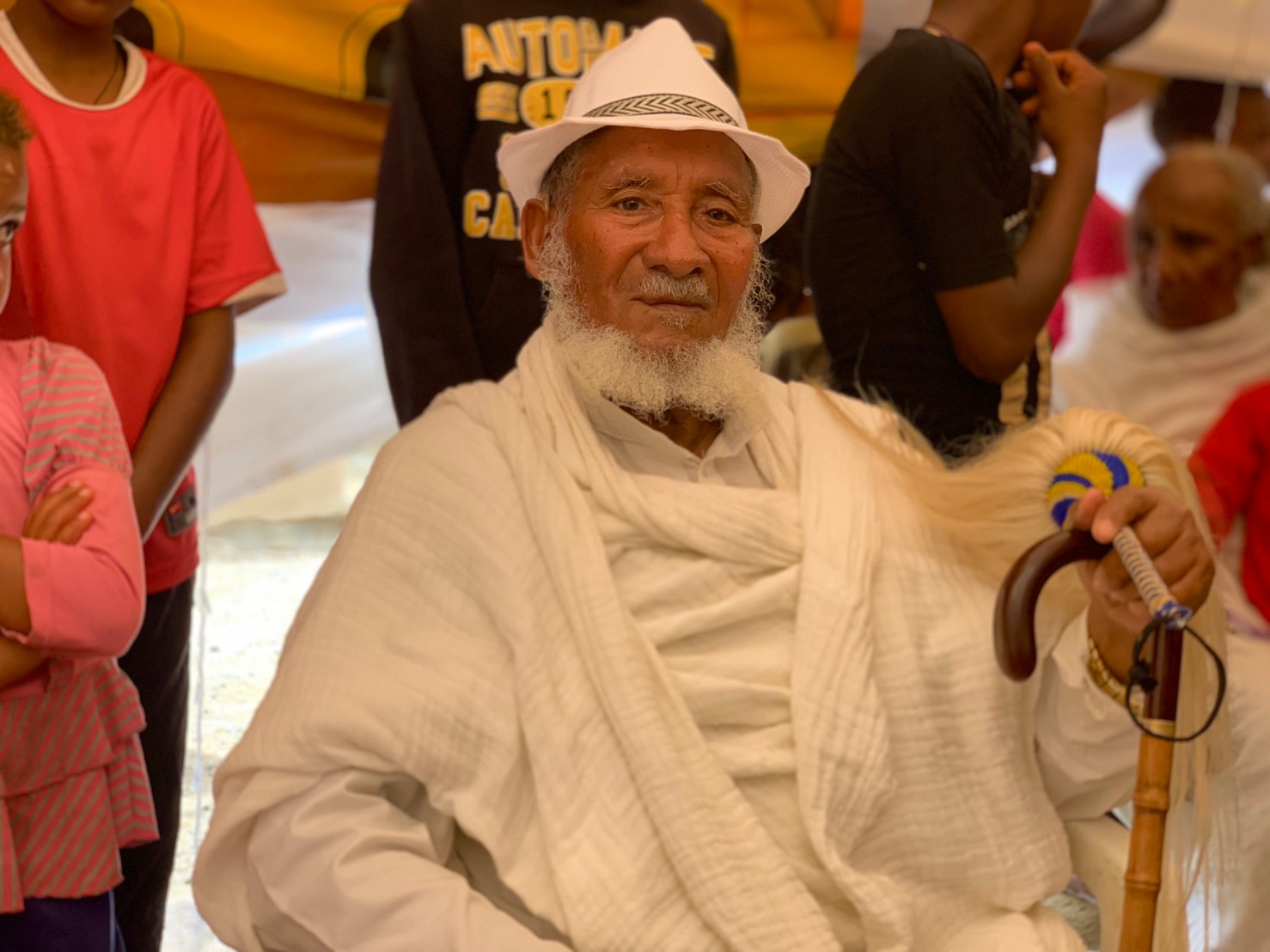 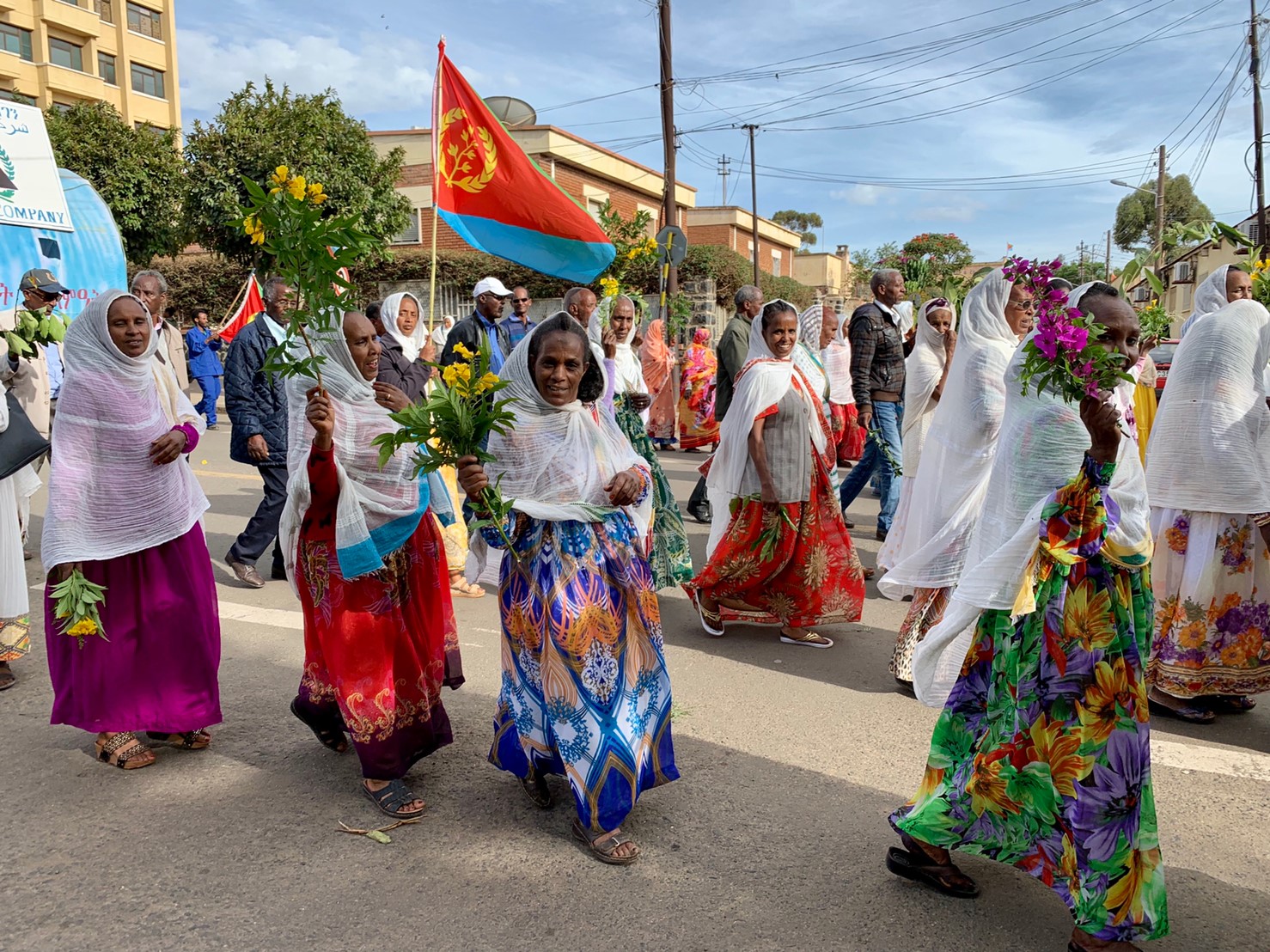 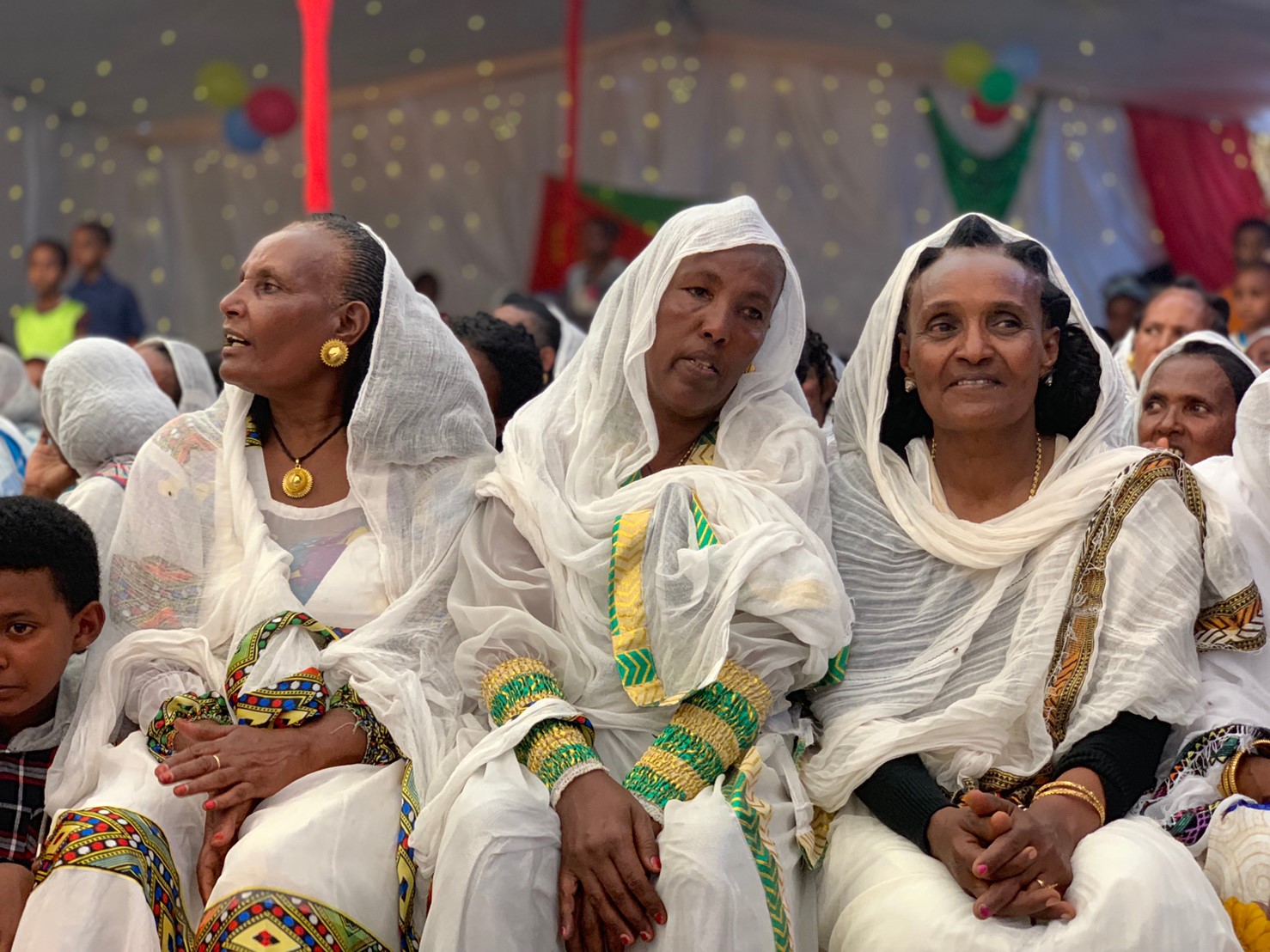 It seems business opportunities are widely open for diaspora Eritreans.

Many Eritreans migrated abroad to escape the unstable situation during the war.

Such dispersed Eritreans are allowed to enter the country freely.

The owner of the club that entertained us grew up in Germany, but now has returned home and is doing well in Eritrea.The government officials also go to his club.

When he invited us to his club, we were a little concerned about the trouble it might cause him if we arbitrarily accepted the invitation from someone who was not related to the government. So we contacted him as we didn’t want to get him arrested.

However, he said, "That's not a problem at all," and the people in charge at the Commission for Culture and Sports also came along.

The club’s owner has a long-distance relationship with his girlfriend who lives in Turkey, but he said she was back in town for the 28th independence Day.

His sister works in Germany and is trying to set up the same club there.

"I want to open one in Tokyo," sharing his dream.

He is an international businessman who runs a recording studio in Sudan.

People from other countries can enter freely including journalists and are also allowed to exchange information.

How is it that this is the worst dictatorship?

We don't know how often we talked among ourselves during our stay.

"This is the North Korea of Africa, isn't it?"

The "anxiety and tension" that we had for our first expedition to a despotic nation was completely eliminated due to the tremendous treasures of "nostalgia" we felt by finding "good old Japan" and "peace".

In Eritrea, "Oshin" and "Hachiko" are said to have become popular.

Beyond the “material things" of Toyota and Sony, what they admire about Japan is the world of Oshin, and the loyalty of Hachiko. They see the Japanese that way.

They believe that we are well disciplined and loyal people.

Is it really so?

We were ashamed to hear that.

Immediately after returning to Japan, we heard reports of the heinous knife attack in Kawasaki.

I can't show that to them.

I'm not the only person who thought so.

In the face of Eritrea's struggle to preserve its ethnic and cultural identity and autonomy, despite being tossed about by the will of the great powers, Eritrea could be a model that Japan should emulate.

Marre's blog1. Is Eritrea the world’s worst despotic country? It may be fake news???